It is a common scene in a therapist’s office, just before Thanksgiving. “I dread going home,” says my client. “I can feel myself shutting down, deadening out, feeling trapped with my father.”

He is aware of what is happening to himself. In other cases, however, the therapist observes the person getting a glazed expression or becoming unable to speak.

Freeze behavior looks like “playing dead”—the mouse going limp when caught by the cat. It is also the frozen child hiding in the closet while her father rages. Her heart beats wildly (sympathetic NS), but her body is still (parasympathetic NS). For small children, dependent on the good will of their caretakers for survival, this is often the only realistic strategy available.

According to Scaer, Bessel van der Kolk and other trauma experts, in a situation of powerlessness, endorphins (our own internal morphine) are secreted that numb pain and reduce panic to increase our chances of survival. Dissociation is also part of this altered state response, as when pain or danger is overwhelming, it can be adaptive to detach from feelings, thoughts and sensations.

The problem is that with chronic childhood trauma, as in neglectful and/or abusive families, this survival strategy is used repeatedly. The nervous systems of patients from these backgrounds have grown habituated to freezing. This increases danger for them as adults because they are prone to dissociate and shut down in the face of present challenges. This is similar to Seligman’s (1975) model of “learned helplessness”. In my clinical experience, it is often linked to despair.

An explanation of the normal neurobiological response to repetitive danger can help such patients accept that they did the best they could as children. This can in turn facilitate more compassion for their vulnerability and reduce shame and self-blame for being “passive.” Framing things this way clarifies that part of the therapeutic task is to reduce their propensity to experience the world as so dangerous that they still freeze rather than act in an empowered way.

Innovative treatment approaches that focus on helping clients discharge the frozen energy still locked in their bodies and access their adult resources are described in Ogden’s Trauma and the Body (2007), and Levine’s Healing Trauma (2005). 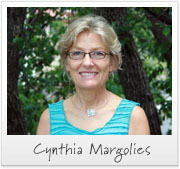